“That particular variety of terror that leads back to what has been known of old, that has been familiar for a long time.” 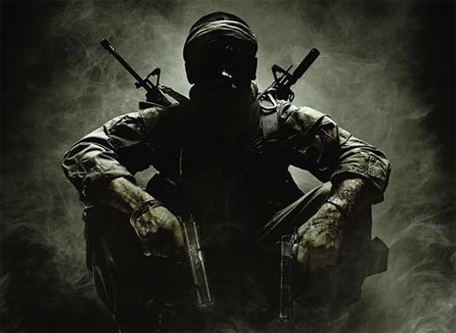 Two things. First, something I wrote exactly a year ago. At the time, I was living in a different city, and my day-to-day life was pretty different from what it is now. It’s impressionistic, not analytical, but I wanted to share it here, today, and then pair it with something else, a more critical reflection in light of President Obama’s speech to the nation this past evening.

I worked all day – really hard, all day long, and I am finally settling down for the evening. Nobody’s home yet, and so I’ve got the place to myself. Teaching, work, a little writing, shopping errands, a doctor’s visit, cooking, I’m exhausted. The anniversary was rough as always, but not as bad as it’s been previously, although realizing that my students were all five or six when 9/11 happened was weird – especially since I opened class by asking if people wanted to talk about the anniversary and no one had anything to say. If I’m still teaching five years from now, any students I might have then will have been born well after it – and hell, for my kids now, all they’ve known, given how memory works, is this world. But, whatever, class was good, and even reading various remembrance articles and the Paul Battaglia guestbook, which I read every year on the anniversary, didn’t fuck me up as much as it normally does.

I lie back on my couch with a drink and a smoke and I fire up Call of Duty: Black Ops II on the Xbox. My roommate and I just got it to play together. It’s not the newest iteration in the franchise, but it’s good co-op fun and solid to play solo online, too. I’m playing multiplayer, and we’re on a level that I guess is like Central Asia or the Caucasus or something in the wake of a Russian invasion. A bombed out medieval village with signage in Arabic script and Cyrillic. It’s the usual bullshit – I’m running around with a tricked-out silenced submachine gun dodging snipers and getting blown up by remote-controlled explosives, when I start hearing voices over the mic. You can hook up a mic, you know, to trash-talk or strategize with your team, but I usually turn it off unless someone I know is playing, since otherwise it’s a lot of kids – really young kids – giggling and cursing, or blasts of feedback from idiots who don’t know how to set their audio pickup properly. Occasionally you hear a mom call someone to lunch. But this time I’m also hearing adult voices, talking back and forth to each other, and it’s totally eerie and they sound shocked and deadly serious.

I know I’ve heard this somewhere before.

The match is in full swing. The game sound effects keep coming, badass voice-actors yelling macho SEAL bullshit: Enemy Care Package incoming! Flashbang out! Smoked ‘em! Air support on the way! Bag ‘em and tag ‘em! These clips mix in with the dorm room banter and pubescent laughter and bong rips, the usual chaos. But those other voices just keep getting louder.

“I don’t know what happened with the pilot, if it was mechanical error –”

“There’s so much smoke.”

Kids are laughing grenades are going off a machine gun nest has opened up and mic feedback is blaring but these voices are all I’m hearing. I’ve dropped the controller and my character keeps respawning, standing still, a sitting duck, getting shot in the head and resurrecting, over and over and over.

Someone is watching news footage from 9/11 while they play, and their mic is picking it up. Or they’re deliberately piping it in with a soundboard. Either is quite possible. Meanwhile the carnage continues, kids laugh, and someone has started talking to someone else in Spanish.

Twelve years out and the world only gets more out of joint. Nothing made sense then, and nothing makes sense now.

A year later, and still nothing makes sense. I’m still teaching, in Philly now, and my class, a course on Communication Ethics, is full of young men and women, most of whom were toddlers in 2001. Later this semester, we’ll read Eric Fair’s “Orders, Truth, and Torture at Abu Ghraib.” I’m curious what they’ll think of it. I don’t often feel much of a generational divide between myself and my students, but whatever gap there is, this anniversary attenuates it.

Although there’s some material about the War on Terror on my syllabus, I don’t usually write  about international affairs. The scope of this blog is writing about guns, gun violence, and the role guns play in the media, popular imagination, and lived experiences of Americans. Despite the temptation the anniversary presents to write a “My 9/11 Story”-style journal entry, and despite the fact that, as a born-and-bred New Yorker, I could say a lot of things about how 9/11 impacted my life and those of the people I love, I instead want to hew to this space’s more narrow purpose and make three observations, the first two involving objective data, and the third of a more personal character.

First, I’d like to call your attention to a fascinating interactive tool produced by Google as part of the Illicit Networks, Forces in Opposition Project (INFO). It uses customs data collected by the Peace Research Institute in Oslo (PRIO) to visualize trends in the international trade of small arms, light weapons, and ammunition. You need to use Chrome or Firefox to see the visualization, but it’s worth installing the plugins to play with. The PRIO dataset covers some 250 countries, but I’d like to call your attention specifically to the figures for the US. In 2000, America imported $353,618,432 in ammunition and military and civilian small arms; it exported $542,735,831. In 2005, the figures are $495,869,1120 and $287,041,040, respectively; in 2010, they are $996,769,657 and $606,577,243. In 2000, Americans imported $0.24 billion in civilian weapons; by 2010, that figure more than doubles to $0.55B. It is important to note that the Google INFO data only extends to 2010, and that it does not take into account the substantial black market for US weapons, particularly that in Mexico. In any event, as of 2014, the US small arms and manufacturing industry employs nearly 50,000 people and generates revenue in the range of $13 billion a year.

The upshot is that, since 9/11, America has produced, imported, and exported more guns than ever before (or at least since WWII). The connection between this uptick in exports and post-9/11 American military interventions abroad is obvious. In terms of imports, there’s of course always been a steady demand for high-quality AK-style long guns and pistols from manufacturers in Bulgaria, Romania, and Russia (with imports from the latter becoming particularly hot commodities given recent sanctions). On the domestic front, though, when it comes to why Americans buy guns (imported or otherwise), their stated reasoning for doing so has undergone a substantial transformation over the course of the past fifteen years. According to PEW research, whereas in 1999 49% of people who owned guns said they did so for hunting, and 26% did for self-protection, by 2013, 48% of poll respondents said they owned guns to protect themselves, and only a third did for hunting. Given the fact that violent crime rates actually went down throughout the 2000s, the impulse to buy a gun to protect oneself seems, at first blush, perplexing. I suspect, however, that this trend speaks to a climate of fear that arose significantly prior to the election of Barack Obama and the subsequent, incessantly-hyped prospects (however dubious) of new gun control legislation. That climate of fear is, I think, part-and-parcel of the knee-jerk response to 9/11 itself. Simply put, Americans got scared, and have been arming themselves accordingly ever since.

Second, I’ll observe that quite a few die-hard pro-Second Amendment militia websites and Oath Keeper social media accounts make frequent use of this image in their banners, memes, and avatars. This painting of a ludicrously over-armed Special Forces soldier with terrible trigger discipline is actually taken from the first Call of Duty: Black Ops game. Likewise, it’s worth observing that direct product tie-ins between arms manufacturers and First Person Shooter games like Call of Duty – including the use of licensed weapons photos and name-brand virtual guns that players can use in-game – are common. In fact, according to Reuters, developer Activision-Blizzard “gives ‘special thanks’ to Colt, Barrett, and Remington in the credits for its “Call of Duty” titles.” And even a casual observer of the trajectory of both the Call of Duty franchise and its competitors (the Medal of Honor and Battlefield series) can’t fail to be struck by how they now involve modern or near-future settings in the Middle East, the former Soviet Bloc, and China, whereas during the 1990s and early 2000s, most of these games were set during World War II, and overwhelmingly in the European theater. The popularity of these games is hard to overstate: the Call of Duty franchise alone has sold nearly 140,000,00 copies, and, as of 2009, had generated nearly $3 billion in revenue worldwide. The point is that, much as we’ve upped our game since 9/11 when it comes to importing, exporting, and buying real guns, America has gotten a lot better at marketing virtual ones as well, at home and abroad.

For my part, personally speaking, I still play the occasional video game, but I haven’t touched Call of Duty or anything like it since I left Atlanta. Maybe it’s because my memory of those levels now look like scenes of breaking news from Novokaterinivka, where the Russians are invading, or from Zumar, Northern Iraq, where, despite all contrary protestations from the administration, we do, allegedly, have Black Ops-style “boots on the ground.” Maybe it’s because I’m afraid to hear voices from the real news piped into my headset while I’m pulling the trigger on a controller and firing virtual versions of weapons that I know are all too real, particularly as our President condemns Russian aggression, vows to “hunt down terrorists who threaten our country, wherever they are,” and commits to further arming both opposition forces in Syria and the faltering Iraqi government. Maybe it’s because the prospect of playing a game like the upcoming installment of the Battlefield franchise, which shifts the scene of action from a foreign war zone to a US city, and which changes the role of players from Special Forces commandos to militarized police and SWAT teams seems particularly twisted in the wake of events in Ferguson, where Homeland Security-supplied military gear was deployed against protestors. Maybe, in other words, it’s because the collapse of the virtual realm of militainment into an omnipresent real-world battlespace now feels more complete than ever. Maybe, in yet other words, it’s because the map has become the territory, and that landscape is the world we’ve made, a world filled with more guns than ever before. It’s all just too uncanny – which is another way of saying that, now, thirteen years out, nothing makes sense, but also, at the same time, that everything, all of it, seems perfectly logical, even inevitable, in its terrifying senselessness.